*Disclaimer: This post is super long. Like as long as my whole site put together. I’m working through a lot of feelings here! You’ve been warned.

MSN is my homepage and when I opened it yesterday morning the NCAA sanctions issued against Penn State was the lead story on the rotating banner…Aurora, Colorado updates were second. Yikes. But this post is not about how crazed our society is about sports. No, this post is about my personal feelings and reactions to everything that has gone down in the Penn State saga since last year when the allegations against one of the sickest men in the world were first brought to light. When the Penn State world I knew and lived in started to crumble, and the greatness of the revered name Paterno was threatened.

We Are Penn State?

To be clear I am not sad about the NCAA rulings, and I am not sad Joe Paterno’s statue was taken down. In fact, I think that was the right thing to do. The Paterno paraphernalia in our house (and there was plenty of it) has also been taken down and stored. Maybe we’ll want to look at it someday.

Then again, maybe we won’t.

Cheering for Penn State in my family is a legacy thing. My husbands family is full of Penn State alums and diehard Nittany Lion football fans. Among them are his dad who went there to play football, his mom who was a cheerleader, and his beloved grandfather and grandmother who met there. It is this grandfather, Pop-Pop, who instilled in TP a deep love and loyalty to the blue and white. Cheering for Penn State was a special thing they shared week in and week out, and a lifelong bond between the two Tom has always cherished and remembered fondly.

The scandal at Penn State has ripped Tommy apart on the inside. He remains ragged and disillusioned…Let down and weary…Angry and heartbroken. He doesn’t believe in much, could be classified by some as cynical, but Penn State football and its unflappable coach Joe Paterno never let him down. His Pop-Pop believed wholeheartedly in the goodness, integrity and character of good ol’ JoePa, so for Tom there was no way that could be wrong.But now it is. And has been for nearly 15 years.Talk about disappointment. That word is the tip of the iceberg.

*****
Rewind to November when this story broke – we were at best shocked, and at worst on the verge of a breakdown. We found it hard to believe that the actions in this scandal could have taken place at Penn State of all places, and we downright refused to believe that JoePa could have possibly had anything to do with it.Tom and I had just taken TJ to the Penn State vs. Northwestern game here in Evanston at the end of October, and had had an absolutely fabulous day tailgating, walking around the campus, visiting the Alumni Association tent, taking part in the pre-game festivities, and cleaning out the free swag tables as we filled our pockets with Penn State buttons, window stickers, flags, pom-poms and pennants. JoePa tied the record for winningest coach that night, and life was good.

*****
Through the stages of this saga, we have moved/are moving through the classic five stages of grief. Dramatic? This is serious stuff, folks. You want to talk about a sports-crazed society, my family is absolutely in that classification, but that’s not what this post is about.

When the news broke we were clearly in denial over JoePa’s possible involvement – it was IMPOSSIBLE – and that quickly turned to anger. We were angry at those accusing JoePa of wrongdoing, angry that he was fired and angry that any of this was happening in the first place. JoePa, we believed then, was head and shoulders above this kind of scandal and heinous wrongdoing.

As more and more facts came to light and we accepted that this really had happened at Penn State we moved from anger to bargaining. Sandusky was/is the criminal – beyond defense. He’s basically the lowest form of human existence possible – and we fully recognized and accepted that…so leave JoePa alone. It was Sandusky who did something wrong, it couldn’t have been Paterno. JoePa tried to help, he did his due dilligence – it’s Sandusky and the athletic director and the school president that you want so take them and leave JoePa out of it – he tried to help.

In hindsight, of course I’m not proud of feeling this way, but it was the way I felt.

JoePa passed away and it was easy to continue holding him in esteem, he died with a broken heart, after all. Then Sandusky was convicted and we watched him with disdain as he was marched off to prison. Justice was served (although there will never really be justice for his victims) and we thought maybe the healing could begin.

We thought wrong…the worst for the JoePa faithful was yet to come.

The depression phase set in with the release of the Freeh report and its disturbing findings. We got the sads at our house with that information. Until then it was easy to continue believing JoePa was above reproach. But the truth was revealed, and it was disturbing. And I hated it. But it is what it is, and with yesterdays announcement of the NCAA sanctions against our beloved Nittany Lions I think we can start to move toward the final stage of acceptance, for all of it.

My reaction to the NCAA? I’m glad you asked (and because this post isn’t long enough already…)

The kill shot here is vacating all wins from 1998 to last year, and JoePa no longer being revered as the winningest coach in college football. The NCAA obviously believes JoePa should be punished individually, I agree, and posthumously this is really the only way anyone can do it, whether it be the university, the law or an athletic governing board.

This is JoePa’s indictment, arrest and conviction for his involvement.

As has been speculated, I don’t know if Paterno chose not to blow the whistle on Sandusky because he wanted to stay in the hunt for the winningest coach title. To be honest, I don’t care – take it. Take the title. And the wins. If there is one iota of a chance in infinity that it’s true, and now I believe it could be (I certainly didn’t before the Freeh report), then he doesn’t deserve to hold that prestigious record. If attaining that crowning achievement came at the cost of innocent boys being horrifically abused, then he does not deserve it.

Let’s be real, though…You can change the record books, but you can’t change history. Penn State won those games. If you want to take JoePa out of the equation – great, I’m on board, and I recognize it’s impossible to take the wins from him without taking them from the team too. But the players fought for those wins and earned them and my family will continue to recognize that, even if the Big 10 record book says otherwise.

Furthermore…There is nothing…NOTHING…seriously not A THING anyone can do to make up for what happened to those boys who were the victims of sexual abuse at the hands of the monster JoePa helped protect.

I have a son. We’re huge Penn State fans. If my son happened to be good at football and we lived in, or near, State College you bet your buttons we would send our kid to Penn State football camp. Just like those unsuspecting victims’ parents did. Unknowingly sent their children to a veloci-predators breeding ground.

And people knew it was happening.

Knew that boys were being raped, RAPED, in the locker room shower.

And he swept it under the rug.

Take the titles. Take his wins. Fine the daylights out of them for every dime they will make from football during the 2012 season. Make sure they don’t have a legit winning season for 10 years and no one wants to play for the team. It doesn’t make up for anything, but please take it all.

I do feel pretty bad for the kids currently on the Penn State roster. It’s going to be like a legit 10 years before Penn State is competitive in college football again, and for the next four years every player on those teams will know they have no chance of playing in a Big 10 Championship Game, let alone a BCS Bowl Game, let alone a National Championship.That sucks for them. They work hard. And they didn’t do anything wrong.

I think the thing that gets me the most about all of this (aside from the plight of the true victims, of course) is that we will someday have to explain it to our son. And a love for Penn State football may not be something Tom and TJ get to share now. He will grow up a Penn State fan because we will continue to watch them on Saturdays  – but he won’t see a winning team for what, 10 years? 15 years? Tommy and TJ likely won’t bond over the Nittany Lions the way Tom and his grandfather were able to in the programs glory days, when they won championships and JoePa was invincible and the program represented everything right in sports and college football and life.

TJ will see the photos of himself – some of his first photos – wearing his Penn State jersey onesie and posed on his Penn State quilt. He’s going to see the videos of himself as a nine-month old baby throwing his hands up in a Touchdown signal when someone says, “What does Penn State make?” And he's going to hear the stories about how he was known in Chicago as "the Penn State baby." All representative of a time when we thought idolizing Penn State and its legendary coach as a beacon of one thing that is still right and good in the world would be a lifelong family endeavor. But that will not be a lesson we get to teach him, or a belief we get to share, and that makes me sad. Because it was an inspiring message.

Are we still Penn State fans? Yes. For our family cheering for Penn State is a legacy, and that will not change. It will be a long time before they have a team on the field that will probably be worth cheering for. And our beliefs about the man and the program we once lauded have shifted greatly.

But, We Are Penn State, and with heavy hearts that weep for the real victims of this tragic indignant situation, We Are...Ready to Move On.


Thanks for Sticking Around to the End, My Three Reading Warriors,
Christa
Posted by Christa at 12:43 AM 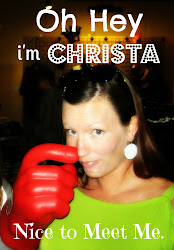 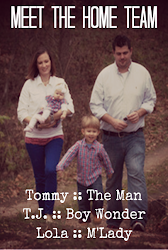